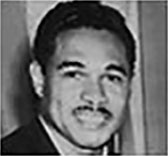 Fans of Kansas City Jazz were saddened to learn of the death of longtime musician Elbert James “Coots” Dye on July 24, 1998 at Senior Estates Nursing Home. He was 85.

Coots was born in Marianna, Arkansas, on December 5, 1912. An only child, he began playing piano at an early age and later worked professionally with numerous bands before moving to Kansas City in the mid 1930’s. There he played with the “Rockets Swing Unit,” an off-shoot of Thamon Hayes “Rockets”, at the famed Spinning Wheel club. He also played (and sang) for many years with “The Five Scamps”, where his version of “Big Fat Mama” was always a show stopper. He was a charter member of the Mutual Musicians Foundation and Local #34-627, and he received the “Jazz Heritage Award” from the city along with the “Elder Statesmen of Jazz” award.

At his funeral service on July 29 there was a jam session featuring many of Coots’ closest friends and colleagues. Performing were Arthur Jackson (tenor sax), Rusty Tucker (trumpet), Lucky Wesley (bass), Marcellus Lee (drums) and Tim Whitmer (piano). Claude “Fiddler” Williams reduced the mourners to tears with a poignant version of “My Buddy”.

Reedman Ben Kynard related that he and Jay McShann had visited Coots several days prior to his death.

“Coots wasn’t able to get up and play the piano there at the nursing home,” Ben said, “But Jay sat down and played for him. It sure made him happy. He smiled a whole lot! We’re sure gonna miss Coots.”